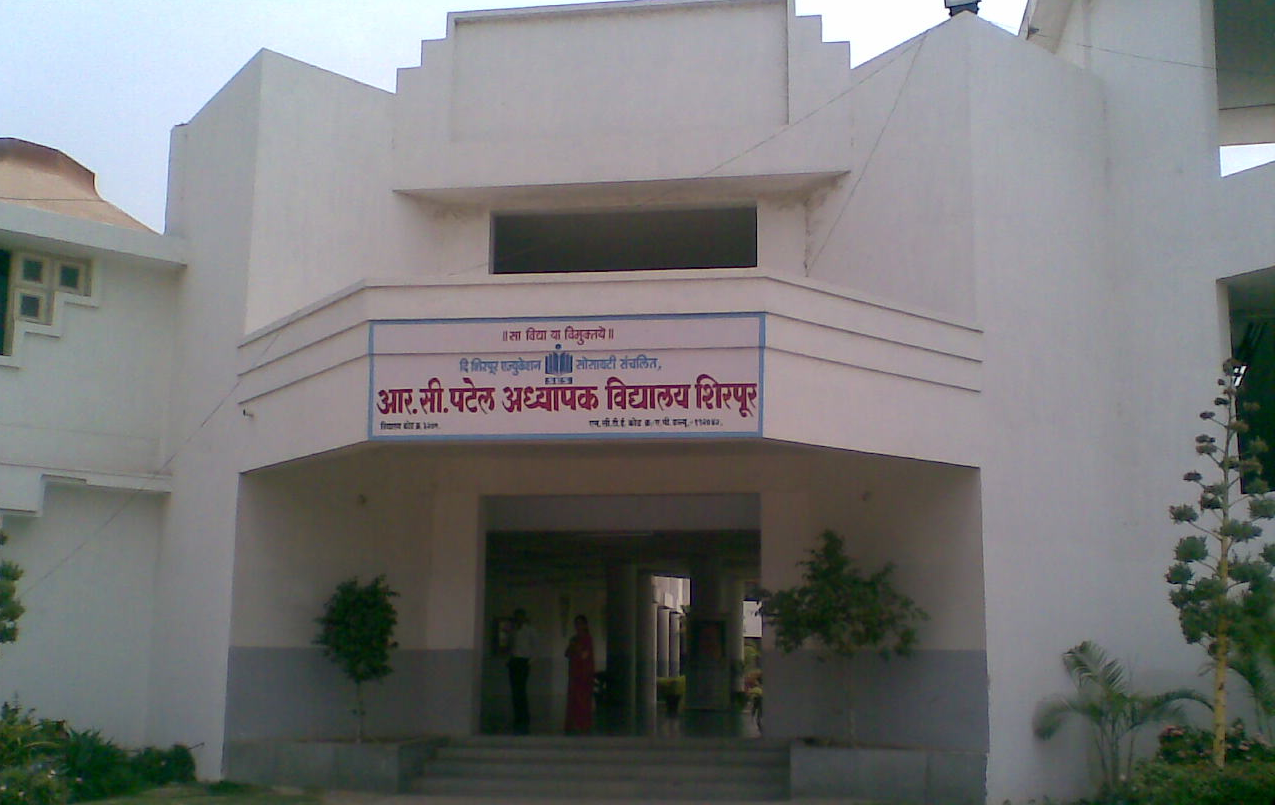 The Shirpur Education Society’s R.C.Patel Jr.College of Education was estabulised on July 1990 with vision to train the rigorous and skilled based tr.trainees. It has been recognized by NCTE and Exists NCTE Code 112042 (WRC). Initially the training course started with the intake of 40 and continued upto 2013-14. As per NCTE’s directions and norms this intake was converted into 50 and in present the college has intake 100 i.e. two basic units. As per NCTE’s guidelines and norms, the institute owned its own building in 1997 in the area of karwand naka, karwand road having well equipped facilities to exlerate the training sprit among the trainees.

The Shirpur Education Society's R. C. Patel Jr. College of Education aims to built a trained professional's in the field of education. It falls in the district of Dhule, the Northem part of Maharashtra. The regional area in which the college exists, is a tribal area and recognized as a tribal region. Shirpur city and taluka is situated on the National Highway No.3 I,e. Mumbai Agra and the nearest railway station is Nardana 20.Km. from Shirpur. The Institute has attractive building to house the prestigious computer labs, well stocked library, fully furnished class rooms, tutorial rooms, well equipped assembly and seminar hall, staﬀ rooms, comfortable administrative oﬃces etc. the building has been designed and constructed by famous builders to suit the requirements of learning experiences and training as per the norms of NCTE Bhopal & SCERT PUNE.